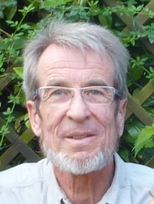 One of the aims of our Commission was to find solutions which respect human rights, to promote the establishment and optimum functioning of democratic institutions and to increase the commitments of all sections of the community to democracy.

To implement this objective, it was agreed to draft a Declaration on a genuine European democratic society,  based on the protection of human rights and the rule of law which would describe the democratic ideals of  a Greater Europe in terms of its content and frame of remit. This will be  a draft text of a general nature,  on the foundation of pluralistic democracy.

At this moment of the Council of Europe’s development, pluralist and parliamentary democracy can best be strengthened and promoted by highlighting its essential features. Both the Council of Europe’s Statute and the Preamble to the European Convention on Human Rights speak of “genuine” and “effective” democracy, and the “rule of law”, and it has now become essential to define those concepts and list the requirements and values they imply.

The Declaration on genuine Democracy adopted by the committee on January 23rd and by the Conference of INGOs on the following day is undoubtedly, within the framework of the new perspectives and orientations of the Council of Europe, a help to solve problems existing today in Europe such as the dwindling participation in public life, low turnouts at elections, etc.

Moreover, this Declaration addresses  the essential questions which need answering in Europe as, for instance what  are the basic principles of democracy and what are the minimum conditions for any member country to  remain within the Council of Europe

The text’s pedagogical function must be emphasized. The Declaration could have a general educational role, helping other countries throughout the world to adjust  their concepts of democracy. It could also become a reference text in countries where democrats are struggling against dictatorship.

It should be noted that the need for such a text has repeatedly been stressed n the past in intervention of Statesmen before the Parliamentary Assembly, in Resolutions of the Conference of European Ministers of Justice and in international colloquies.

Expected results :  Declinaisons  of the Declaration  will be proposed in keeping with the Council of Europe priorities

Link to the Declaration
.